Dear Supporter, sadly, the badger cull in both Gloucestershire and Somerset could start at any time now. It will be the third year in succession although the consensus of independent scientific thinking is still firmly against the policy. Professor John Bourne, a leading scientist, stated that “it is absolute bloody balderdash” at the Badger Trust Annual General Meeting in April 2015.

However, the Government has confirmed that not only will the culls continue but, despite the British Veterinary Association (BVA) withdrawing support for free-shooting due to concerns about the humaneness of the method, shooters will still be out and about trying to shoot free-roaming badgers in both counties this year. 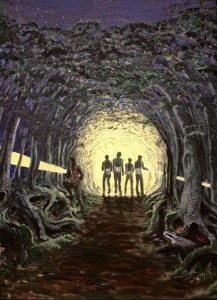 We know you are passionate supporters of wildlife, and we urge you, if possible, to join the local groups in Gloucestershire and Somerset. During the culls in the last two years their patrols and other activities were crucial in helping save badgers’ lives and exposing the reality of what happens on the ground – something the Government is keen to keep hidden. Hundreds of dedicated people have stood up for badgers and made their voices heard in order to make a real difference so if you’ve not done so already, why not join them in 2015?

Over the last two years, the groups have streamlined their procedures in order to involve people of all ages and abilities with activities that include driving, walking and staying stationary in the cull zones. Some Patrol members, for example, are keen to walk the public footpaths and highways and legitimately monitor cull activity whilst keeping an eye out for injured badgers both day and night. These Patrols act within the law and do not trespass on land or intimidate land owners.

People are also welcome to help in other ways such as:

Gloucestershire Against Badger Shooting (GABS) and Somerset Against the Badger Cull (SABC) have been working closely with Team Badger from its inception in 2012. Plans to roll out the badger cull nationwide appear to have been suspended for now but it is possible that this year the cull may also begin in Dorset in which case we will write to you again.

To find out more about joining the local groups please decide which zone you can offer help to and then email:

You will be sent further detailed information and asked for your name, address, e mail and phone number.

More information about both groups can be found here: