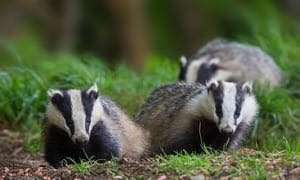 We have responded to the government’s consultation to extend supplementary badger culling in 2020.

Our response is shown in full below:

Somerset Against the Badger Cull represents many people who are deeply concerned and extremely worried about the proposed supplementary culling in unknown areas of Devon.

Many live on the borders of Somerset/Devon and have no idea where badger culling is taking place.

Many visit Devon on holiday and equally have no idea whether they are visiting areas where badger culling is taking place. There is a distressing lack of clarity and transparency and Courts have ruled that there should be more clarity and transparency rather than less. Thus the Government has no legal foundation on which to base its claim that it cannot “release exact details of any control areas, individual land holdings or participants because of concerns for public safety and data protection legislation”.

Since our daily activities involve great enjoyment from the presence of badgers in our lives, the proposal of an extended supplementary culling period fills us with horror. It is inarguable that animal welfare issues such as killing suckling female badgers and leaving cubs to starve to death underground will be increased by the extended period.

The lack of clarity and transparency throws into doubt the statement that “Land will only be entered onto if prior access has been agreed.” Who is able to check? Experience shows that even the police do not have access to which holdings are part of the cull and which are not. Extending the period of culling will exacerbate the possibility of criminal trespass (ie entering land with a gun without the owner’s permission).

Lack of clarity, transparency and reduced monitoring makes this statement highly questionable “Natural England aims to ensure that culling will “not be detrimental to the survival of the badger population concerned” within Article 9 of the Convention on the Conservation of European Wildlife and Natural Habitats.” since cull companies, cull operatives and pro-cull farmers/vets provide the data. Extending the culling period will result in local extinctions and experience within the original cull zone of West Somerset shows this to be the case.

Free-shooting has been ruled as inhumane by the Independent Expert Panel and the British Veterinary Association yet the Government ignores this advice. Losing a buddy during ‘free shooting events’ because the contractor has experience will not resolve the problem. Each shooting incident is an isolated event open to vagaries of animal behaviour, weather and extraneous events. It doesn’t matter how much experience a contractor has; without monitoring and adequate resources, more inhumane shooting ‘event’s will happen with badgers left wounded and dying without any observation.

There is no evidence from any cull zones to support this statement: “Reasonable biosecurity measures should be implemented by participating farmers on their land to provide a protection against the spread of infection.”

There is no evidence to support supplementary culling of badgers is an effective measure to reduce bTB.  In fact, the evidence from the original cull zone of West Gloucestershire shows the opposite

The badger cull is a sensitive issue and it is divisive. Its impact on our daily activities, our families, our neighbourhood is considerable. The Government ignores this at its peril.