Last Updated on 8 September 2020 by Badger 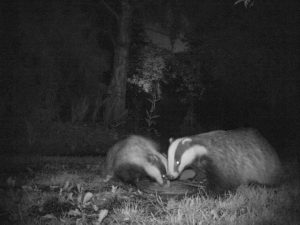 Have our badgers got a reprieve? Confusion in the press yesterday as Defra stated that no badger cull licences had been issued for 2020.  A wave of relief is followed quickly by a reality check.

On the government website, it’s clear that supplementary cull licences were issued for ten areas on 15 May 2020.

Ten vast areas where, in official speak, licenced cull operatives can legally kill badgers for eight months of the year.

All wrapped up in the dubious guise of ‘disease control’, it’s a removal of the Protection of Badgers Act by the back door and without a vote in Parliament.

The net result is that this is the final nail in the badger coffin.  Badgers will be wiped out over much of their ancient home ranges.  Look at the cull licences carefully and the figures are crazy.

In Area 6 the minimum number of badgers that can be killed is 294 and the maximum is 1173.  One has to wonder whether anyone in Defra or the Government has a clue what’s happening in the real world.

Maybe the licences for the other areas are temporarily suspended including our new zone.  Who knows?  Trying to get any rational sense of what’s going on is impossible.  Just think Mad Hatter’s Tea Party, and that’s what it’s like living in a badger cull zone.

Our garden badgers are blissfully happy, though, for now.  And all seems very quiet in the neighbourhood, yet we remain tense and watchful for any signs of culling activity.