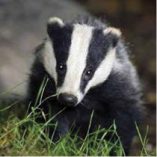 You might have heard the term, but are asking yourself “what is supplementary badger culling?”

We would not be surprised to see Areas 11 to 21 added to this ever growing list in 2021.  If that’s the case the list of counties where supplementary culling is allowed would grow to include Cheshire and Wiltshire.

How do they work?

Supplementary licences have a longer duration than the four-year licences.  Four-year licences are valid for six months from 1 June to 30 November.  Within that window, culling takes place over six consecutive weeks, but extensions can allow it to continue for eight or more weeks.  Once culling begins in a zone, the six-week period starts from that date.  All signed up landowners in that zone then use the same start and end dates.

Supplementary cull licences are issued for a 5 year period and the time frame for culling is during the eight months from 1 June to 31 January for shooting free running badgers (controlled shooting) and from 1 June to 30 November for shooting cage tapped badgers, each year.

Within this window, those signed up can cull whenever they choose, independent of other participants.  They’re not tied to consecutive dates so could cull for a week or two, then stop and continue again later on.

One farm might cull in early autumn, while a neighbouring farmer starts later in the year.

This makes protecting badgers in such areas more difficult, but not impossible.

If you live in a supplementary cull zone, please keep a check on your local sett, particularly throughout June to January and let your local group know if you have any concerns.

Disturbing or blocking setts remains a criminal offence and only licenced cull operatives can kill badgers by one of two methods.

In 2017-18, Defra refused to publish the number of badgers killed Areas 1 and 2.  In July 2018 it finally did so, but only because it had been forced to following sucessful Freedom of Information requests.  Defra then announced the 91 badgers killed in West Somerset was way short of the minimum target.  In 2017-18, this was 140 minimum and 610 maximum.

The reason for the shortfall, according to Defra, is that there had been “a steep drop in badger activity in the west zone.”

After such a bad spring that year with high cub mortality having already been recorded, one has to wonder how Natural England could set a minimum kill figure of 109 badgers, let alone setting a maximum target of 578.

Questions for our MPs, perhaps?  Letters to our local papers?

The more people that get involved in asking these questions, the better.

Compliance monitoring of the supplementary culls is limited or non-existent.  So it’s vital that more local people get to know and look after setts in their neighbourhood.

If you care about badgers, get in touch with us and get started now.