Last Updated on 4 November 2020 by Badger 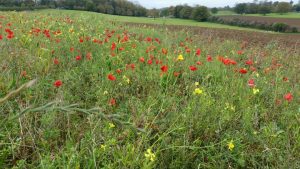 The news that Avon and Somerset police stood down at noon today is a huge relief for all of us.

It means badgers are legally safe almost everywhere in Somerset except, tragically, for the few remaining individuals eking out a dangerous living in the original West Somerset zone.

I had hoped that my final blog for the cull period would end on a high with all five or six badgers revisiting the garden to romp around in front of our cameras.   Sadly, there is no happy ending.

There are long gaps now when no badgers visit our garden and other nights where just one or, if we’re lucky, two badgers come to say ‘hello’.   However, we still cling to hope that their behaviour has changed and the youngsters have dispersed leaving just two resident badgers.

There is a slither of hope since the landowner has given us permission to visit the sett and, like the other setts in our neighbourhood, it looks in really good shape.   But sett activity doesn’t relate to badger population size.

It reinforces the fact that the government, the cull companies, Natural England, landowners, and cull operatives have NO idea what the badger population is in any zone either at the beginning of a licence period, half way through or at the end.

All we know is that the badger population in its entirety is under threat like never before.

And, thank goodness, so many people are doing their very best to protect badgers by keeping watch over their local badgers – just like us.

I thought I could share a few pictures from some of my recent sett surveys.   There is tragedy but there is beauty, inspiration and an amazing array of life out there if only we could just let it be.

Roll on regenerative agriculture, rewilding projects and let’s hope that soon all of us can really grasp that we share the planet with a host of sentient beings that deserve our respect and appreciation rather than label some vermin and others as trophies and others simply in terms of profit.

Thanks again for all your support during such a difficult time.   Stay safe, as they say, and take care.